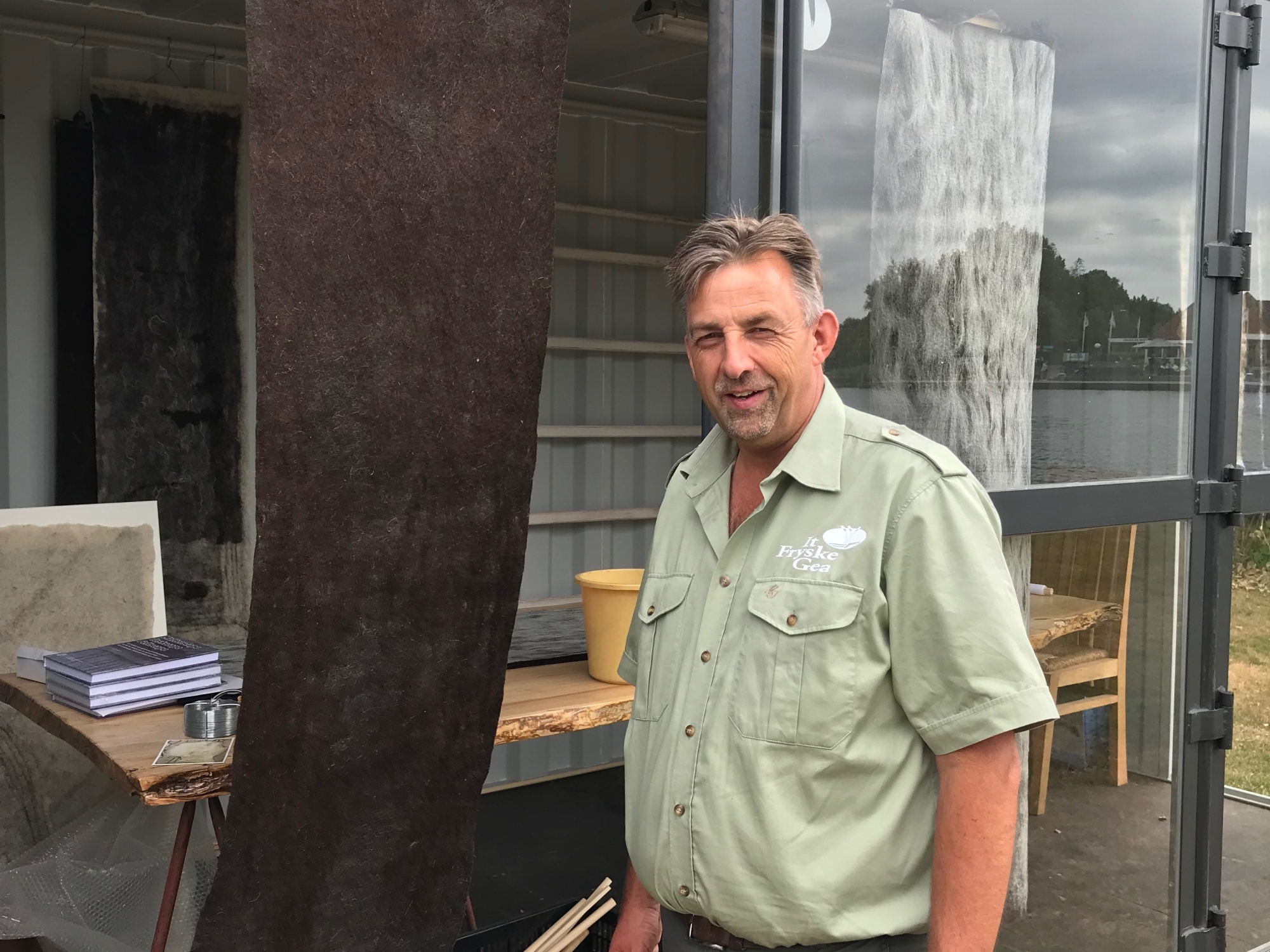 For my kind of landscape research, I’m depending on information of farmers, landscape managers and people, dwelling in Earnewâld. In conversation with (former) landowners and users, I’m interested in their way of working with the agricultural land, maintaining land or rather; waterfronts, haylands, reed belts and peat bogs. After visiting their homes and offices, I like to meet them on their land with a feltscape as a conversation piece. Now I have a residency in their working area they can visit me instead.

Mr.J.D. de Jong (photo left), former farmer of the Wol-warren told me about the visibility and usability of the Wol-warren. This organised structure for dredging peat was made in the early 19e century and nowadays almost hidden and overgrown with reed, willow and alder. Mr.J.D. de Jong told me about the grazing of cows on the small dyke contours of this structure. They were visible and accessible for cows in the sixties but the smaller peat dykes were not. The weak peat structure could not carry their weights. In his childhood he went with his father during cold winters into de Wol-warren to cut the reed to generate extra income. Nowadays there are no dwellers in this area and the landscape maintenance went in on another way.

Mr.F.J. de Jong (photo on the right) is head of the district the National Park De Alde Feanen of the nature conservation association; It Fryske Gea. He was so kind to bring me a booklet of the remembrance ceremony of the crash of a Second World War Lancaster. This aeroplane crashed in de Alde Feanen with a seven men crew, four of them survived. We talked before about recent and past nature projects which changed parts of the peat bog structures and the accessibility of de Alde Feanen. Because of a particular idea of my to visit a public closed area near Hânsmar.

For this, you have to wait till next post!